Dollars for Data: How Much Did a Data Breach Cost in 2021? 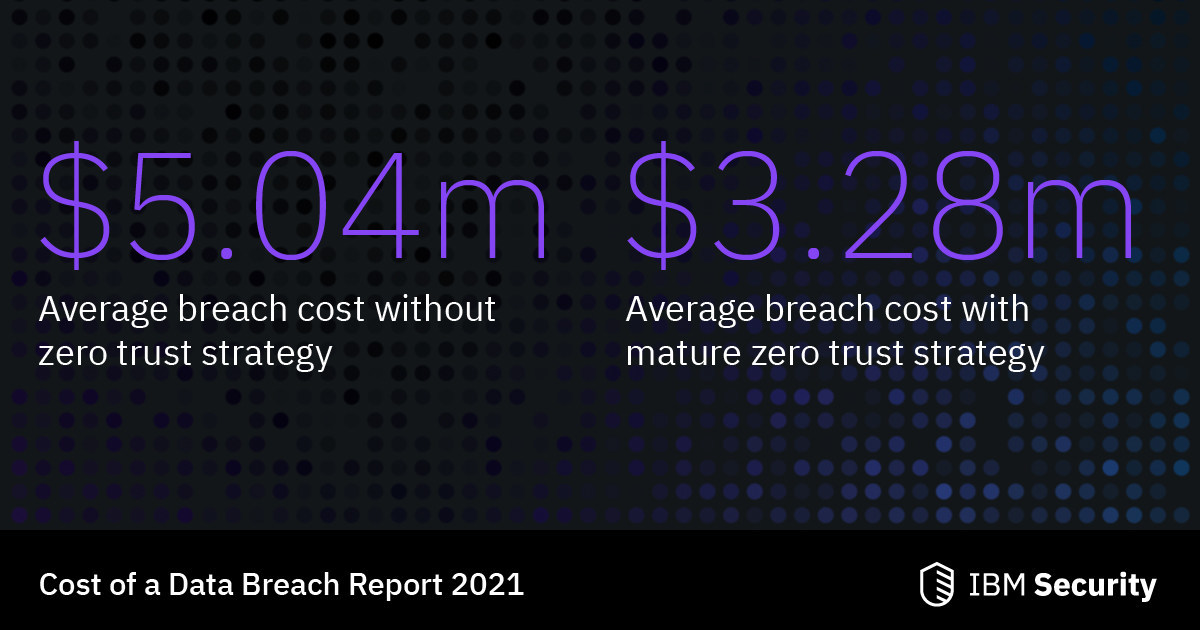 The average data breach has cost organizations $4.24 million in 2021, according to a new IBM report. The figure is the highest in the 17-year history of the annual report.

More insights from the Cost of a Data Breach report:

Businesses That Modernized Had Lower Breach Costs
While certain IT shifts during the pandemic increased data breach costs, organizations who said they did not implement any digital transformation projects in order to modernize their business operations during the pandemic actually incurred higher data breach costs. The cost of a breach was $750,000 higher than average at organizations that had not undergone any digital transformation due to COVID-19 (16.6% higher than the average).

Companies studied that adopted a zero trust security approach were better positioned to deal with data breaches. This approach operates on the assumption that user identities or the network itself may already be compromised, and instead relies on AI and analytics to continuously validate connections between users, data and resources. Organizations with a mature zero trust strategy had an average data breach cost of $3.28 million – which was $1.76 million lower than those who had not deployed this approach at all.